My husband was having cough and fever . I was scared but thought it might be due to ear infection he had developed. When his health was not stable we decided to go for rapid antigen test and to our surprised he was positive. Then my son was also positive.

On 15th, my husband and son were admitted to covid center. My son was discharged on 18th as he was asymptomatically positive. But, husband was referred to another hospital due lower oxygen level.

On 21st, my husband was admitted to Mahesh Bhawan Covid-19 center, Amravati. His ct-scan score was 19 out of 25. Day by day, his situation was worsen. He was given two expensive injections for antivirus treatment. Even on day one, he was given with two remdesevir injections.

The treatment was started. I was accompanied with my brother Vaibhav, cousin Ninad and cousin brother-in-law Mahesh. We left hospital by 8 pm and reached home by 9 pm.

Once, we reached home sanitation process started like sanitation of our belongings, sanitation of footwear, sanitation of floor, bathing, washing clothes using lizol and detergent . The process took all most one hour and drinking hot water fallowed by dinner. Glass, Cup, Plate, Spoon were allotted to each member including my two kids and no one was allowed to use others.

My son was did charged on 18th but he was home isolated in one room. I was staying with him maintaining distance. First time from birth, my son slept alone even though I was sleeping in the same room.

The whole hectic and tiring day was ended but no one was able to sleep due to tension about my husband’s health.

We four (I, husband, son and daughter) lived in Pune. When Covid-19 started hitting the wave, we were worried like other families do. Initially, we stocked the essential items to survive for two months. Milkman was daily delivering the milk at home. Even, essential medicine was also stored. So, there was no need to go outside to shop any things. Even we managed for a month without vegetables except onion, potato which were stocked in ample amount.

My husband is diabetic so I decided to go outside for shopping necessary items whenever necessary. Life was smooth inside the home. We were playing cards, watching TV, cooking together.

Even kids were used to stay inside the home and enjoyed their online classes also.

We were taking proper precautions like sanitization, hand washing, wearing mask and all. Five and half months passed and we were bored being caged for so long duration.

All our friends and relatives from Pune were going to native places. So, we also decided to go to our hometown, Amravati. We left Pune on 9th September 2020 in morning 4 o’clock and reached Amravati at 7 o’clock in the evening.

For few days, enjoyed a lot and then nightmare started…. 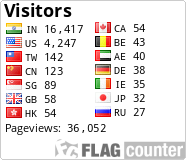